This page is dedicated to online legal consultancy
Our online consultancy service can be free of charge, or it may require the payment of a small fee.
It can be given in the form of AFFIDAVIT, CERTIFICAT DE COUTUME or of as a simple LEGAL OPINION. 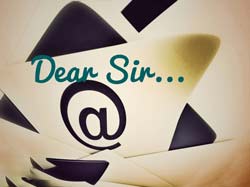 FREE CONSULTANCY POLICY
Our  legal advice is free of charge for the first 20 minutes.
For a longer consultation we will charge a moderate fee based on the complexity of the issue, that will be deducted from the cost of the required legal services.
Please note: for regular consultancy contact us for an appointment at the number 0901296101
Email:
thesociallawyerscompany@gmail.com

Dear The Social Lawyers Lawyer Thailand,
I read your articles with interest. Based on experience in courts in the U.K. and having been close to an inheritance squabble in the UK I know that, what should be simple can be acrimonious and tedious. Based on the following description can you give me an idea of the complexity and cost for you to act as executor.

My wife died without making a will.
My wife was born Thai and 20 years ago became a British citizen having married me in the UK just over XX years ago. Her family will agree that it was a happy, loving and trusting marriage. She died in Thailand on xxxxx xxxxxxxx and was cremated after 4 days of ceremony.
She has 2 Thai sons by a previous marriage, one is in xxxx, the other is married with a son and wife and a son & daughter. I bought a house in xxxxxxxx in her name for cash less than 5 years ago - not an expensive house probably about £xxxxxxxx for land and building. My stepson and his daughter do not seem particularly happy to see me. My wife’s sisters & cousins have been incredibly helpful and supportive.
I actually want the 2 sons to have equal shares in her residual estate (the house less expenses) and I want to make a small bequest - say xxxxxx baht to her old school. I want her bank account, which has xxxxxx baht in it for our 4 month holiday in Thailand released to me as soon as possible. Funds were electronically transferred from my personal bank account to my wife's Thai bank account proving that it is my money and not part of my wife’s estate. I want the house sold and my expenses such as medical expenses of £xxxxxx and funeral expenses of about £xxxxxx repaid to me from the estate - from which I will make my donation. I would expect your fees to be covered by the estate.
We lived in England for most of our married life and have now moved to xxxxxxx. The house in xxxxxx is owned in my name only. I expect that as she died without a will in any of the 3 countries each will treat her death in their own way and limit themselves to their national borders.

Your request, due to its complexity, does require a thoroughly examination which cannot be done online or via email.

However, I can anticipate that it would be extremely difficult, if not impossible, to appoint as EXECUTOR a third party rather than one of the legit heirs, especially if there will be any possible quarrels, contestations or disagreements between the heirs.
Provided that there will be no contestations, to be appointed as executor, you will be requested to exhibit the WRITTEN CONSENT of all legit heirs and to physically appear in court the day of the hearing; then return to Thailand a SECOND TIME to take possess of your part of the heritage.

I remind you as, if your wife has deceased without leaving a testament (last will), the legit heirs will be:
- The spouse in the measure of 50% of all assets acquired during a common-law marriage.
- The remaining assets will be assigned in equal parts between the spouse, the children and, if still alive, the parents of the deceased.
- You will be obliged to sell your share of the land and house within one year

In other words, we strongly suggest you to find an agreement with the other legit heirs.

Please note that the estimate does not include a legal suit in case of litigation.

We are not competent for the attribution of heritage outside Thailand.

Hi my name is xxxxxx. My father died in thailand in xx xxxx. I am trying to collect his belongings money in his bank account and everything he had. As I live in the UK I am having trouble in doing so.
My father lived with a Thai lady but they were not married. She has his passport death certificate and bank details and will not communicate with me or release them to me as she is trying to get his money.
Will she be able to get his money out of his account and could u help me with this matter.
All help is much appreciated
Thank you
XXXXXX

Answer:
Dear Mr. xxxx,
There are many points to consider:

- Has your father made a last will?
- If so who is or are the beneficiaries?
- Was he married?
- Are you the only inherit?
- Do you have a list of his assets in Thailand including bank accounts, properties etc.?
- Do you know the name and the address of the Thai lady?
- Do you have her telephone number or contact?

If she's not the legitimate inherit she can't take possession of the assets of a deceased person and, if she does, it is serious a crime.
If you are the legitimate inherit you can apply to be appointed as executor, but to do so you need to presents several documents as you can see in our page "executor nomination"