Simple Guide How to
DIVORCE IN THAILAND The registration of a divorce at the "Amphoe" (Municipality), even though quick and easy is not the right solution, as both parties can recant it at any time.
Moreover, in the presence of a child, it is highly suggested to proceed through the relevant Family Court.
A divorce "by mutual consent" and all its clauses and conditions registered and bestowed by the court will be indisputable as it will assume the force of a sentence.
Furthermore, if the couple has produced children, it could be difficult, if not impossible, to register the divorce and the relative covenant at the embassy.

We, therefore, recommend proceeding through the proper and more secure legal course of action.

How to proceed:
• One of the spouses shall propose a legal action as the plaintiff disregarding the fact that the couple agrees to divorce by mutual consent.
• The plaintiff will be summoned by the "Center of Protection of Child" to be interviewed.
• The court shall summon both parties approximately after 60 days from the presentation of the lawsuit for a " mediation attempt."
• If the parties agree, the agreement shall be registered by the Family Court and shall assume "the force of sentence."
• With the "court order" and a translation of your passport, legalized by the embassy, you shall be able to register your divorce at the Amphoe and successively at your embassy, including the covenant regarding the assignment of common assets, alimony and Child Custody.

An Action for Contested Divorce in Thailand can be proposed only if there are "Grounds for Divorce as established by Section 1516 of The Thai Civil and Commercial Code.

MARRYING AND DIVORCING IN THAILAND 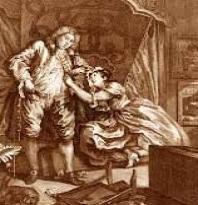 I will love you forever but...
How to protect yourself and your children in case of separation.

1) what are the various forms of divorce in Thailand?
2) What can the obligations of the parents be in case of separation?
3) Can foreigners adopt Thai children?

1) Forms of divorce.
First of all, it is necessary to distinguish between two main types of divorce:
Consensual and Non-Consensual. Consensual divorce means that both spouses agree to divorce, Non-Consensual divorce means that one of the two spouses does not agree to divorce.
In the first case, the Thai legislation profoundly differs from western law. In Thailand, in case the two spouses agree, it won't be necessary to appear in front of a judge. Consensual divorces can be quickly obtained and registered at the local municipality, even if the couple has produced offspring. If the couple has no children, they can divorce in half an hour! Even though this indeed represents the fastest and easiest way, a petition to obtain a consensual divorce can also be presented to the Family Court.
A consensual, judicial divorce could be, in fact, necessary in particular cases such as, for example, the need to register the Thai act abroad. Some European countries, against any logic and common sense, do not accept divorces registered at the municipality. The fact that, here, these acts are considered and certified as perfect is not enough for some zealous western bureaucrats. The consequence is that many western embassies are obliged to demand a proper sentence issued by a court of justice.

2) Parent obligations.
In Thailand parent obligations are very similar to the ones enforced in Europe or other western countries with one very relevant difference: the parents can agree the terms of the divorce and the reciprocal obligations toward children and registered in the act of divorce at the Thai municipality. Nevertheless this kind of agreement, unlike a judicial sentence, is easily impugnable by both spouses in case one of the two should not respect in full the terms of the agreement or should the circumstances change.
In such cases, the court will first try a "conciliation" summoning both parents even several times, then judge according to what they deem reasonable and best for the children. Usually, both parents are obliged to participate in accordance with their incomes, social position, etc.
I would like to remind all foreign nationals that to "run away" from obligations toward children is never a solution and can easily configure a serious crime, punishable everywhere.

3) Adoptions. Can foreign nationals adopt children?
In theory, we can lightly answer this final question with the famous Obama's first campaign slogan: "yes you can!"...but in real life things are, to say the least, very difficult in this field.
A couple who wants to adopt a Thai child from abroad must firstly be compulsorily married and then has to obtain an "international adoption certificate " in their own country. In this case, only orphans guested in public or recognized structures can be adopted. If the couple lives in Thailand and one of the two is a Thai citizen, things are relatively simpler. The couple must be married, and both potential adoptive parents must be at least 15 years older than the child. Differently than in Europe, they can, in theory, be both ultra-centenarian (more then 100 years old) following the wise Thai principle that older is better,
which is, among many others, very much one of the reasons that makes me love this country!

GROUND FOR DIVORCE IN THAILAND

Despite what the majority of foreigners, including many foreign lawyers and attorneys, wrongly believe, in Thailand, the pure will of one of the spouses to divorce it is not enough. Unless you and your spouse agree to divorce in Thailand, the procedure can be lengthy and stressing.
To propose an action for divorce to a Thai Court, more specifically to the pertinent Juvenile and Family Court. In case the couple has produced children a preliminary interview at the Department of Juvenile Observation and Protection will be mandatory.

A Prenup Agreement
will avoid many future problems in case of divorce. 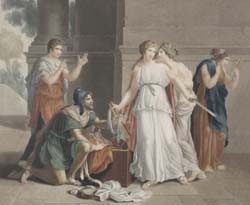