CHILD CUSTODY
How to obtain child custody in Thailand 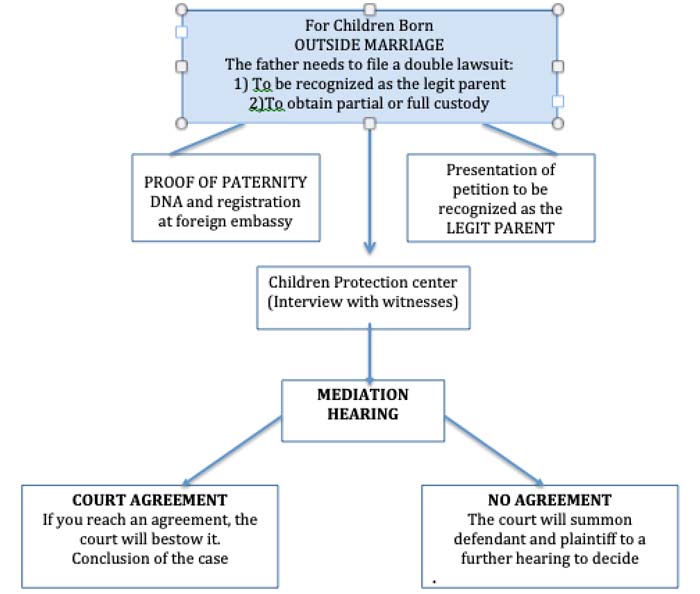 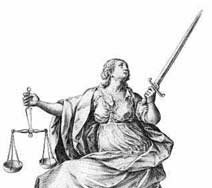 Unfortunately the tether of our life, sometimes, doesn't unroll as we had dreamed or planned.

Differences in age, culture, life-aims, language, and more in general, difficulties in understanding each other, can easily turn the most idyllic and promising marriages or partnerships of  "mix couples" into nightmares that inexorably ends in divorces which can become much harder and hurtful especially when the couple has produced children.
In hindsight, we so often find our self thinking that we should have foreseen it and prudently signed a pre-nuptial agreement and to have included in it even the custody of the future offspring(s) but... can we really blame ourselves to escaped such kinds of "negative" thoughts when we were so much in love?
Here we will try to understand what we can do and how we shall act, in case of disputes regarding the custody of our beloved children.

Acknowledgement of Paternity: are you really the father of your children?
It might seem a silly question, but I can assure you that it is not so at all.
To use the old Roman quote "mater semper certa est, pater nunquam", while the mother is always sure, for the children born "outside" the marriage (from non legally married couples), the "paternity" is not automatically recognized in Thailand even though the father has declared to be the legitimate parent of the new born at the hospital's authorities, if his name with the qualification of "father" is mentioned in the Child's birth certificate or if he has registered the child at his embassy. Therefore the majority of the fathers who have children "outside the marriage" in Thailand have to can be rightly defined as "ghost fathers", and they won't be entitled to any rights at all over their children until paternity will be formally recognized by a Court of law.
So, the first step is to be sure to have been recognized as the father before starting any legal action to obtain child custody.

Mutual Agreement for Child Custody
If this is true that finding a mutual agreement is the best way to sort out our conflicts in practically every circumstances of our life, it becomes of paramount importance when we talk about our children but, make no mistakes, a simple agreement won't be enough because the only authority entitled to confer the paternity of a child born outside the marriage is the Family Court. This means that we would need to present a petition, to be scrutinized by the "Center of Protection of Children and Consciousness" and to obtain a proper court ruling. In all process, a competent family-lawyer shall assist us, as we recommend hiring a proficient court
interpreter, possibly with good experience in the field, even if we think to patronize the language.

Child Custody Disputes (litigations) - Exclusive Custody
What about in case of disputes between the parents?
If it true that no judge will deny to a "legally recognized" parent the right to visit and partly participate to the growing, the personal development and to the life of his children, to obtain the "exclusive custody" is completely another story. Having said that the assistance of a very competent legal team, better if specialized and with good experience in the field is of paramount importance, it could not be enough without the full collaboration of the part seeking for exclusive custody which should be corroborated by clear evidence that the child or the children would grow and develop better with one of the parents rather then the other. And again, make no mistakes, when we say evidence, we mean real legal evidence, not your idea of evidence. Specifically: we need to legally demonstrate beyond any possible doubts that the other parent can not take properly take care of your child or your children. As you possibly well know, and as in the rest of the world, given similar situations, the rights of the mother will usually prevail.

I divorced by consent with an ex-wife. I took custody because we agreed that my family's education is higher. I took care of him for a year.
When my business temporarily broke, I sent the baby to the ex-wife. She has refused to give the baby back.
I requested to back baby 10months after, but she refused. Finally, I proposed joint parenting (school with me, vacation with her) also, but she refused.
Now 15 months passed after I gave her baby.
And surprisingly, I knew she is preparing for a custody battle.
I can't accept to see my child growing without a proper education in the countryside.
I have these questions.
1. I want to know what strategy should I choose.
a. Implementation of the custody agreement(I want this if there are the possibility to win because she refused my all proposes)
b. joint parenting
2. The timeframe of this battle.
3. Possibility to win this battle. (Of course, I need to explain more details, but I would like to know your answers on the base of the provided information)
I just heard mother's power stronger here. So I made a big mistake that I didn't try to find a legal way. I just tried to talk with her for such a long time.
4. Estimated cost.

ANSWERS:
Dear Mr. ........
1) On the base of the limited information provided, we believe that it would be challenging, if not impossible, to obtain the exclusive custody of the child in Thailand without the express consent of the mother. Such approval should be given in a court of law, not just at the Municipality.
2) However, if you are the "legal father" of the child, you can obtain shared custody.
3) To be automatically recognized as the father, you shall be married to your ex-wife when the child was born.
4) To provide you with an estimate of the cost, we need to know the legal residence of your ex-wife (according to her residence blu book called Tabien Baan).
5) The timeframe depends on many factors; it could take between 2/3 months (should you reach an agreement during the mediation phase) and six months/one year or more.
6) A custody agreement registered at the Municipality cannot be "implemented" (enforced), and it is always subject to revision by the Family Court.
7) Only a Court sentence is enforceable. However, in your case, it could not be so easy to force the mother to respect the agreement.
8) You are correct; the mother is typically favoured in this kind of dispute by the law and tradition, not only in Thailand but in the majority of the countries in the world.

Other questions:
a) Can you show evidence of a secured income in Thailand and a stable occupation?
b) Are you sure to be "legally" the father? (Appearing in the birth certificate is not enough to be recognized as a legal parent.
c) Where is the residency of the mother?